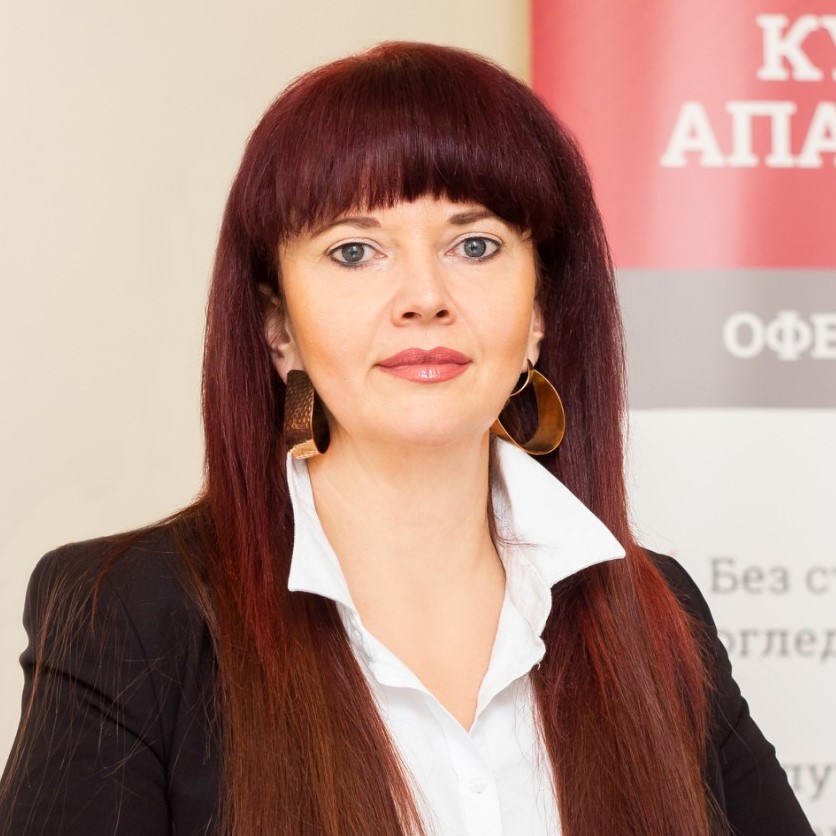 Stanislava Petrova is a philologist graduated at Sofia University “St. Climent Ohridski” in 1995 and since 1997 she works in the area of real estates.

From 2002 to 2009 Stanislava is an owner of a real estate agency and since 2013 she is developing her career at Home2U Real Estate.
In 2014 Stanislava Petrova takes a new position as Sales Director and creates a team in the newly open office of the company. Two years later she becomes also Teams Manager in the main office of Home2U and her team consists of 20 people who begin their career as entrepreneurs.

Her team won the company’s annual award “Best office – total sales champions” and she was given an award for Outstanding contribution.

Home2U is founded in 2008 and it is one of the most innovative in the real estate business. The first and the only one company which creates direct real estate sales program. An award winner of real estate agency web site.
The only Bulgarian company which has a national wide radio and TV advertising.